Lullabies Have Power Even Before Birth! 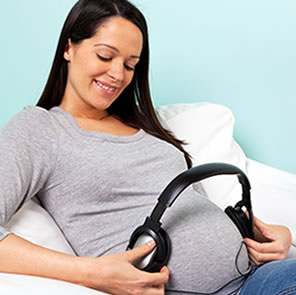 Happy Thursday everybody!  It has been a while since our last blog, a lot longer than I had anticipated, but there is nothing like a newspaper article centred around your favourite subject to get you running to the nearest keyboard and sharing it with the world!

We believe here at Lullaby Lu that the power of the lullaby is immense, and goes far beyond keeping a person calm and relaxed for its melodic duration.  If you have read any of our other blog entries you will quite possibly be raising your eyes to Heaven now with a ‘yes, yes, we know, we know’ kinda look!

It’s all very well us believing this about lullabies, but when we stumble across some literature that echoes our sentiments and what’s more, reinforces our views with a little scientific research, we find ourselves jumping about with the glee of a child on Christmas morning.  ‘See?!’, we find ourselves saying….’told ya!’.

This week The Telegraph printed an article entitled ‘Babies Learn First Lullabies in the Womb’, and as the title suggests it looked at how babies responded to lullabies (in this case ‘Twinkle Twinkle’) after they had heard them regularly whilst in the womb.  ‘A flurry of brain activity’ indicated that babies recognised the music when they heard it after birth, suggesting that they are capable of forming memories of sounds from the outside world even before they are born. 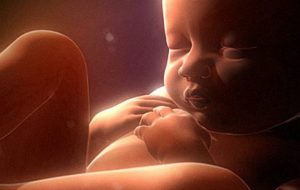 Babies can hear lullabies while still in the womb

Babies who had heard the lullaby in utero showed brain activity to indicate that they recognised the music up to at least four months after they were born, showing that babies can in fact learn from an extremely young age and retain the information.  It is thought that the brain processes for learning song and speech are very similar, and therefore the exposure to these lullabies is likely to aid speech development as well as memory in these teeny tiny beings.  Obviously there was a control group that did not listen to the lullaby on a regular basis before birth, and they were found to have significantly less brain activity when hearing the lullabies after birth than those that had.

The Next Step in This Lullaby Study…?

Wouldn’t it be interesting to take this study a step further?  It would be fascinating to see whether the brain activity alters or strengthens if babies hear a personalised lullaby when in the womb, and not a generic one.  They would hear words personal to them over and over, such as ‘mummy’ and ‘daddy’, maybe a sibling’s name, and for the parents who like to know whether to paint the nursery pink or blue they could even hear their own name whilst still snuggled up inside their mummy’s tummy.  The lullaby would become a central anchor in their mind to then allow the ripples of recognition to flow outwards to all other aspects of their early lives.  The lullaby would prime them almost, giving them a sense of who they are before they have even been granted access to the open air!

Lullaby Lu can Give You Your Special Lullaby

You know it’s what we do!  We have a catalogue of gorgeous lullabies that can be personalised with baby’s name (or simply ‘baby’ if you are not certain of whether you are having a boy or a girl! – we can add the name for you later when at last you do know!), and even better, we can write a lullaby from scratch for you packing it full of any and all the personal details you want to be in there.  There aren’t many other gifts out there for your baby, or a gift for any special baby that can be as intimate, beneficial and personal as their very own lullaby – and science is backing us up here!  Thank you science.

So for those of you who like a good scientific newspaper article click HERE to read it for yourselves….enjoy!  We did…. 😉

And for those of you finally seeing the power of the lullaby for yourselves, have a snoop around our website and listen to our lullabies for yourselves.  Baby’s own, personal lullaby is waiting for you and can be yours with a simple…’click’.